When I was just a kid I discovered sailing through a friend and went to my first sailing camp at the age of 8 or 9. As I am that type of person that when I do something I want to do it to 100% I did not stop at spending 3 weeks in the summer sailing and every weekend in August and September. I also wanted to do as my friend and build my own sailing boat. Those that know me today knows for fact that I am really not a handy man and to be honest I was not a very handy boy at that time either. However, I was determined to get it done. It took me every Saturday for two years to build it, twice as long time as for most people but the result was one of the most thorough built boats in a long time. I had very little problems with it and I sailed it for many years before becoming too heavy for it. All these years in the same boat gave me an experience and knowledge of my boat that was very precise. I knew exactly how to sit in order to have the optimal hydrodynamics to maximize the speed, and I knew exactly at what angle I could go towards the wind in order to have the best outcome for the race. I knew the weaknesses in detail (like the lack of a self-draining system as I could not force myself to drill a huge hole in the boat) and how to counter them.

Years passed on and I started doing other things than sailing. I found love at the other side of Sweden (a mere 500 km away) and instead of spending the weekends improving my boat I started to spend time out with my friends. One day while I was in upper secondary school / college* I felt the urge to go sailing again. I was really missing it. So I called my old friends at the sailing camp and as it was in the middle of the summer I got invited over to the sailing camp in the archipelago of Stockholm. They had already been out sailing for 2 weeks, but it was just in time for the competitions that always ended the camp so I was just in time.

The first race day I looked out at a completely blank bay and considering I had not been sailing my boat for some years, and that I was with my 55 kilos already weighting more than 20 kilos more than the second heaviest guy I was expecting a tough day. I was wrong however. I won the very first race crushing my opponents with a huge distance. The second race was a little more wind, but I still won by a huge distance. The second and final racing day was much more windy. Even I had to work quite hard to keep my boat in the optimal position and the speed we could get was significant considering the size. This day I won the first race by just a small distance and the final race was very, very tough and I decided the race on the very last meters. When I expressed my surprise over this to the instructor he told me what have been the inspiration to this post.

“Anyone can sail a windy day. Even if you make mistakes you will always keep the speed of the boat and make progress. It is when there is no wind that every mistake becomes very costly and that is when the experience and knowledge really pays off”

This is also very applicable on running a business and especially true in the gaming industry right now. We have had some very good years where basically anyone could make money. Now however the revenues does not come as easily anymore. Compared to last year the cashgame traffic world wide has decreased 19% according to Pokerscout.com and if you take a deeper look in the annual reports from Svenska Spel the revenues from online poker have decreased by close to 50% since 2007. As the Swedish market was one of the first ones to boom it is quite likely that what happened in that market will happen also in other markets. Considering the dominant position of PokerStars it might even go quicker for the rest of the industry as liquidity is crucial to success.

This year will certainly be a tough test for the affiliates and gaming companies to see what they have learnt the past years. Who has earned enough experience to survive in a tough market and who will be the one that suddenly realizes that they have no clue on how to keep the speed and use the environment to its benefit? Will the market regulations come in as a very welcomed breeze or will it be the tide that make it even harder to get things moving in the right direction? Is the addition of fast poker variants the solutions that will diversify the online industry enough to prevent the casual players from only playing live poker? I guess we will have at least some of the answers in a year time from now.

*The Swedish school system is a bit different to the English one. I am here referring to my 10th to 12th year in School when you have an optional 3 year study as a preparation for University. 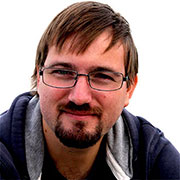